In able to promote communications between all students in schools of the Taiwan International Cooperation Alliance (known as TICA), the TaiwanICDF organizes the annual TICA Cup event since 2007. The TICA Cup is a series of sport competitions that motivates students for winning awards throughout team sportsmanship, also demonstrates the efforts of TaiwanICDF in cultivating higher education for Taiwan allied nations. For the last decade, the TICA Cup always held at western Taiwan universities. This year, heading to National Dong Hwa University (NDHU) in eastern Taiwan, also known as the “Hogwarts of Taiwan”, for the new experience. The theme of 2019 TICA Cup is “2019 NDHU-TICA CUP 東之皇華”.

On the day of the event, the Vice-President of NDHU, Dr. Shin-Feng Lin, and the Director of the International Affairs Office, Dr. Yuan-Ron Ma, represented NDHU to welcome the Ambassador of Belize H.E. Ambassador Diane Haylock, the Ambassador of the Marshall Islands H.E. Ambassador Neijon Rema Edward, the Deputy Director of the Embassy of the Republic of Palau Mr. Chaz T. Sugiyam, the Deputy Secretary General of the TaiwanICDF Dr. Pai-Po Lee, the Director and the Supervisor of the TaiwanICDF International Education and Training Division Mr. Sean Tsai and Ms. Pauline Ho, and 470 foreign students in 21 Taiwan universities from 38 countries all over the world for joining the TICA Cup 2019.

The opening ceremony started at 13:00 and the encouragement speeches were delivered by the Ambassador of Belize H.E. Ambassador Diane Haylock, the Deputy Secretary General of the TaiwanICDF Dr. Pai-Po Lee, and the Vice-President of NDHU Dr. Shin-Feng Lin to the athletes. The energetic creative entrance dances were led by National Pingtung University of Science and Technology, National Sun Yat-sen University, National Central University, and National Chengchi University. After that, the Indigenous Dance Troupe of NDHU performed Taiwan Indigenous traditional dances and interacted with all guests and al athletes, unleashing youthful vitality, made the atmosphere like a carnival.

With the help and the execution of NDHU Sports Center, many NDHU’s special adventures were presented to all the guests and the athletes, including Stand Up Paddle (SUP), Kayak, Slack-Line, Orienteering, and Football competitions. The Kayak and the SUP were held in the beautiful Dong-Hwa Lake, athletes and guests were led by coaches to learn the fundamental operations and the water balancing skills, then they enjoyed boating around the Dong-Hwa Lake. Seeing dozens of canoes flowing on the Dong-Hwa Lake with the reflection of the blue skies, the white clouds, the green fields, and the mountains, with the sun shining and the wind breezing, it was such the exquisite painting.

After the opening ceremony, the brigade relay started immediately. It was the honor to have the Ambassador of the Marshall Islands and the Ambassador of Belize to fire the starter’s gun. After the starting signal, players sprinted out like bullets. It was a close game, every split second mattered!

Due to enthusiastic registration and participation, the Football Competition was held with no timeouts, no halftime, a 10-minute 5+1 player format. Eight teams played neck and neck, with the crowd on their feet cheering for their schools. The Orienteering was also an intense competition, over 80 students shuttled through the campus, looking for checkpoints and uploading pictures on Facebook or Instagram. Some of the competitors were even attracted by the stunning views of the NDHU campus and forgotten to return! Fortunately, there were volunteers and staffs reminding them to finish the game.

At the end of the day, all its left was an unforgettable experience, a unique TICA Cup Event, and a pleasant eastern Taiwan memory for guests and international students

Special thanks to the Department of Computer Science and Information Engineering and the NDHU Sports Center for hosting the “TICA Cup 2019”, and more thanks to 180 volunteers from various NDHU departments. Their efforts, sacrifices, cooperation, and outstanding achievements lead to the great accomplishment for “TICA Cup 2019”. 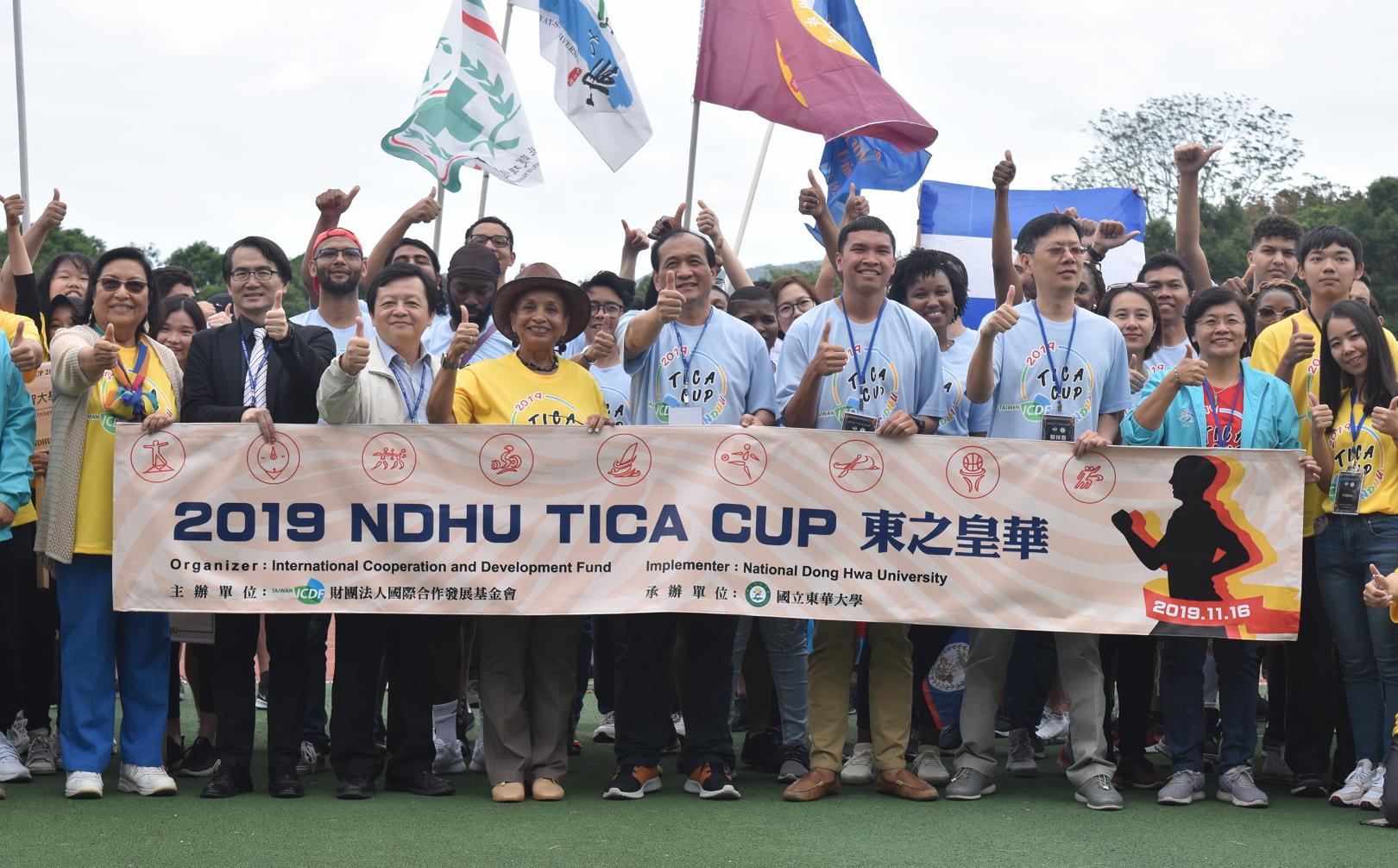 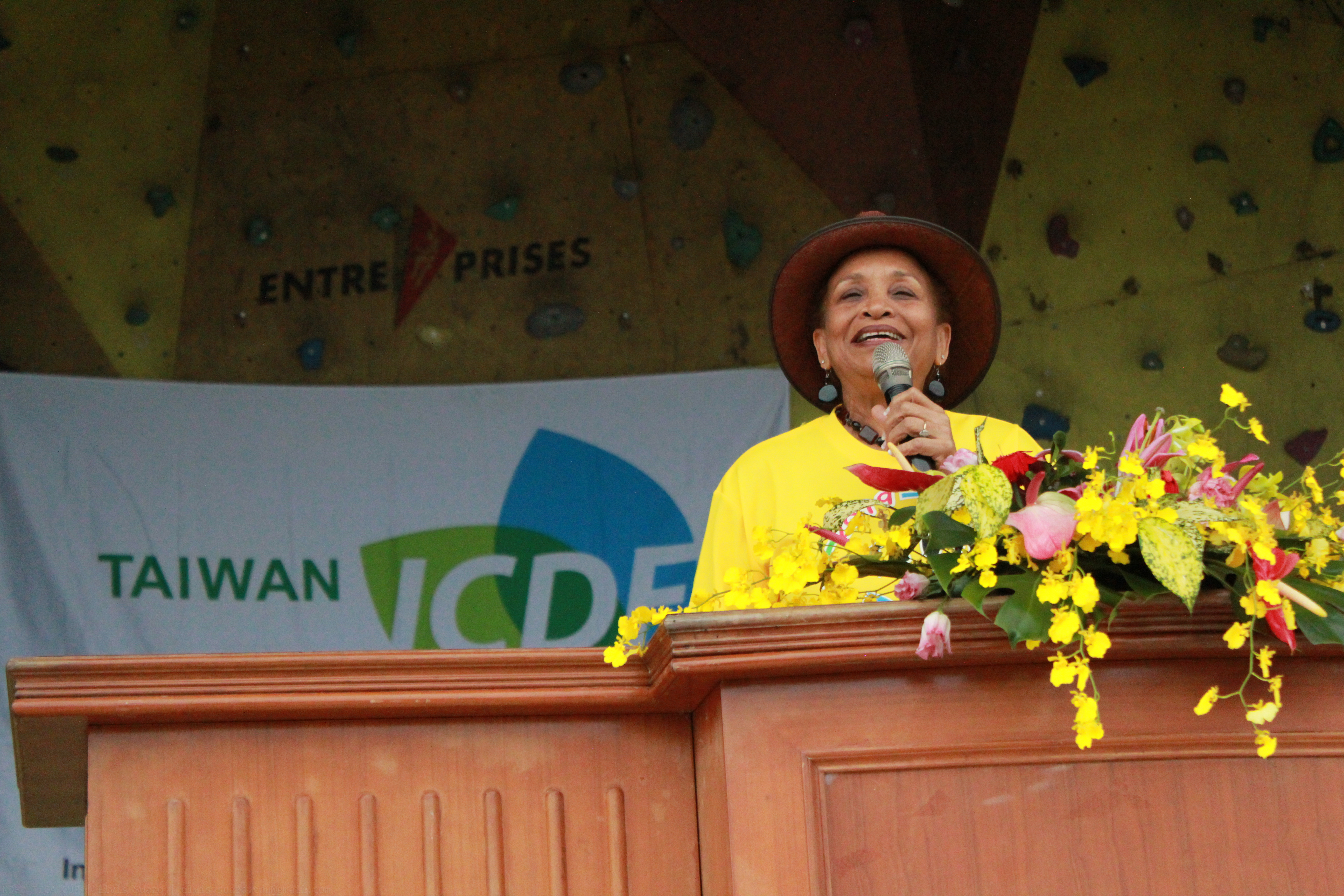 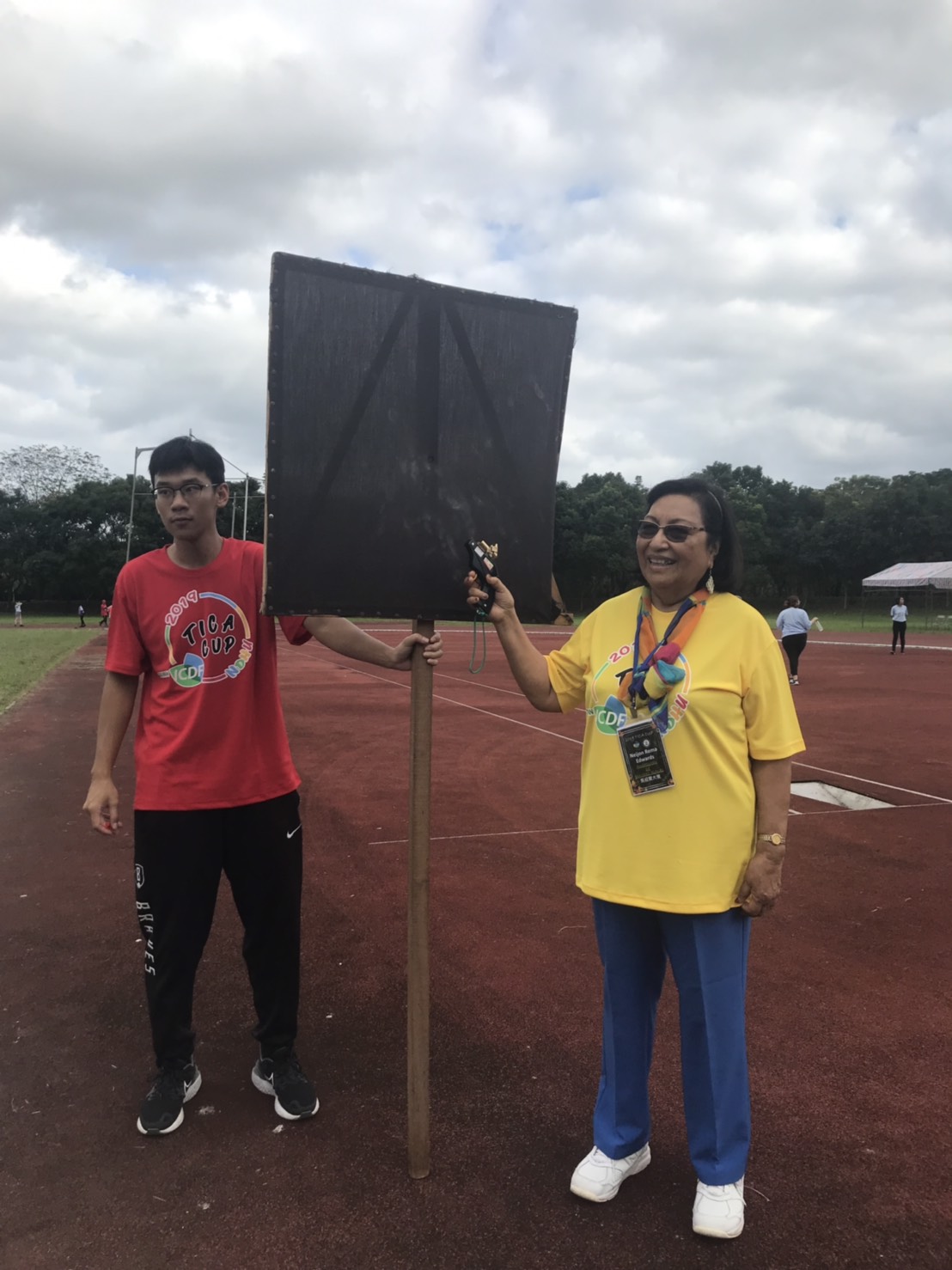 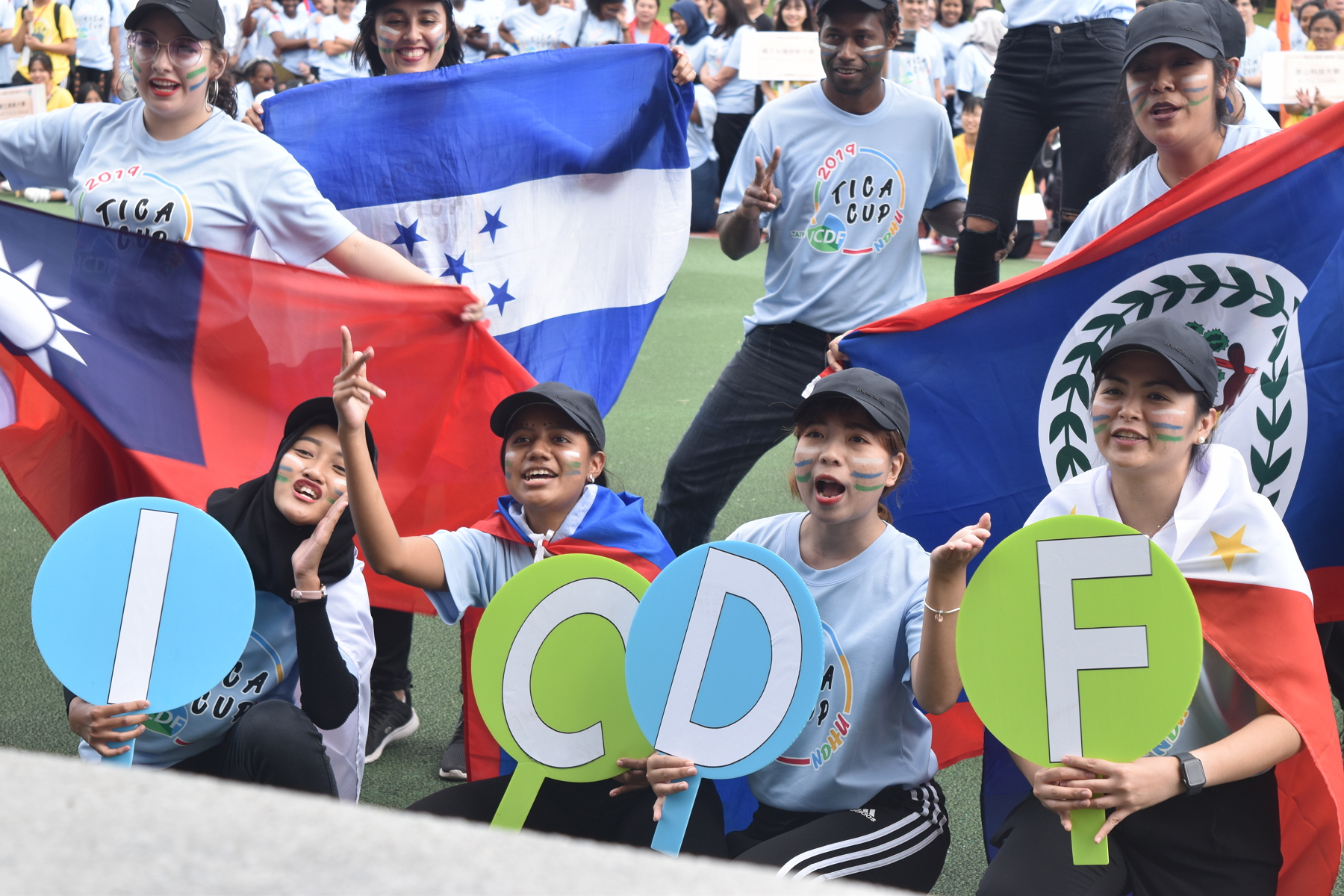 One of energetic creative entrance dances 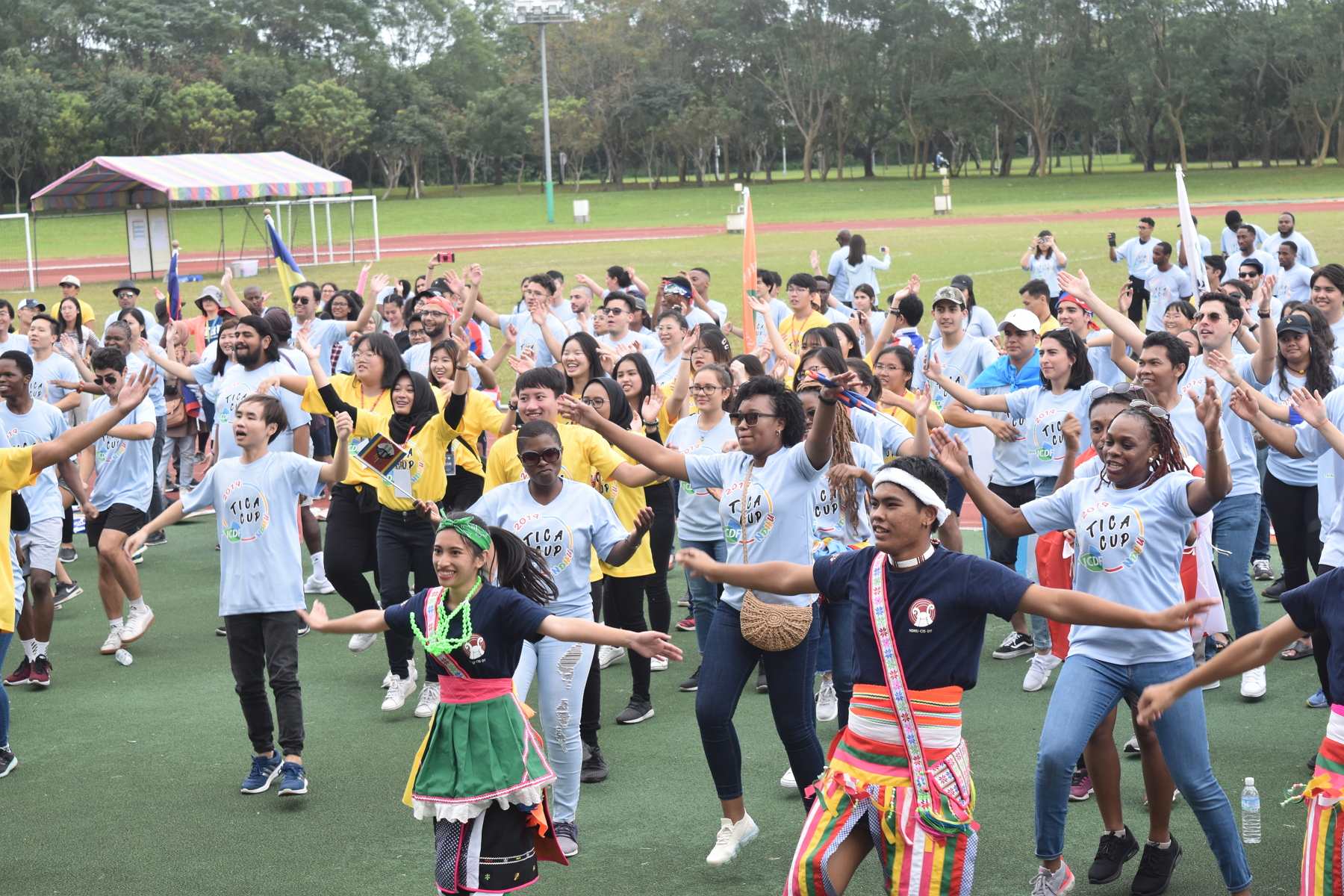 Indigenous Dance Troupe of NDHU wore transitional clothes and interact with guests and athletes, it is like a carnival! 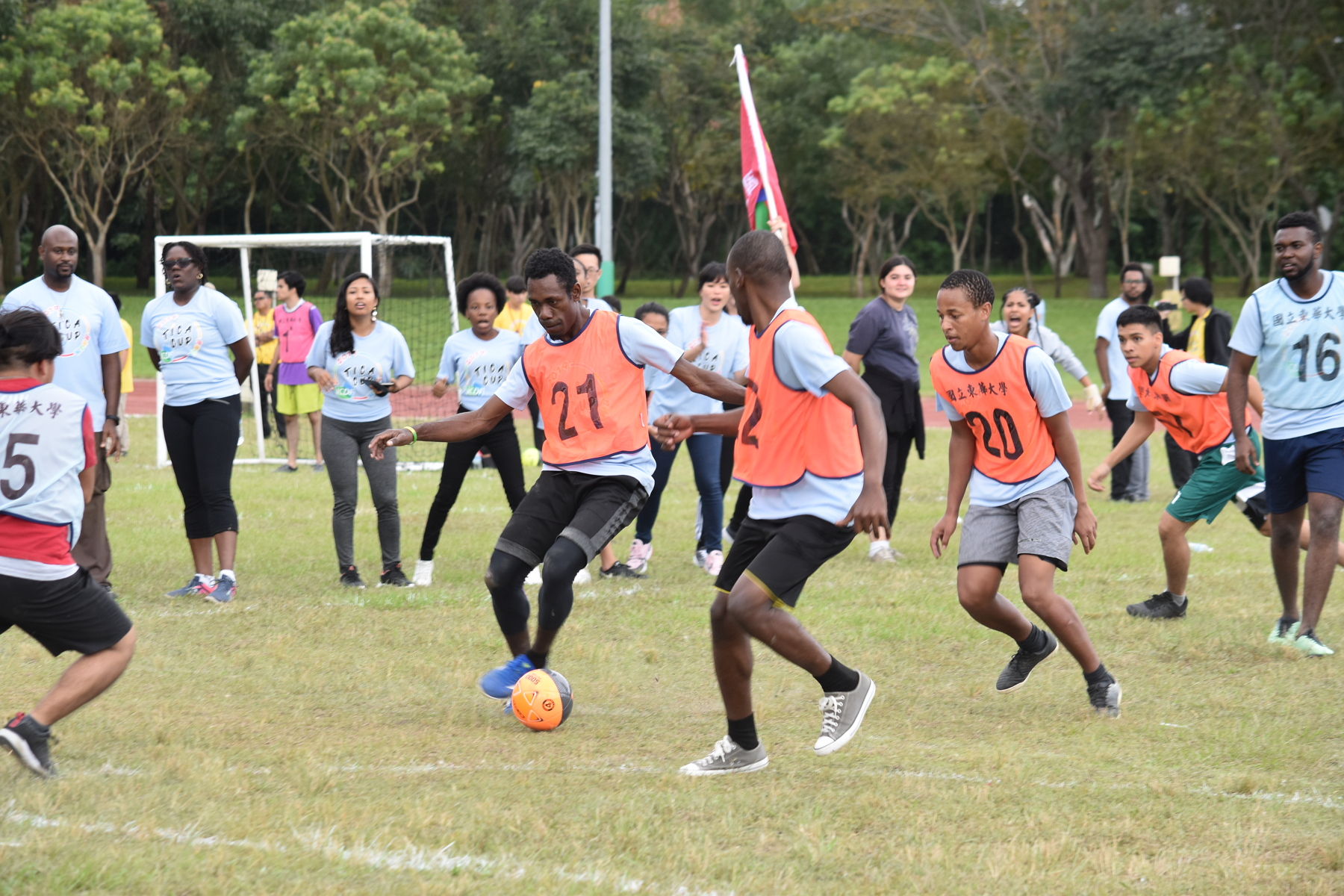 Intense football competitions made both plays and cheerleaders holding their breathes! 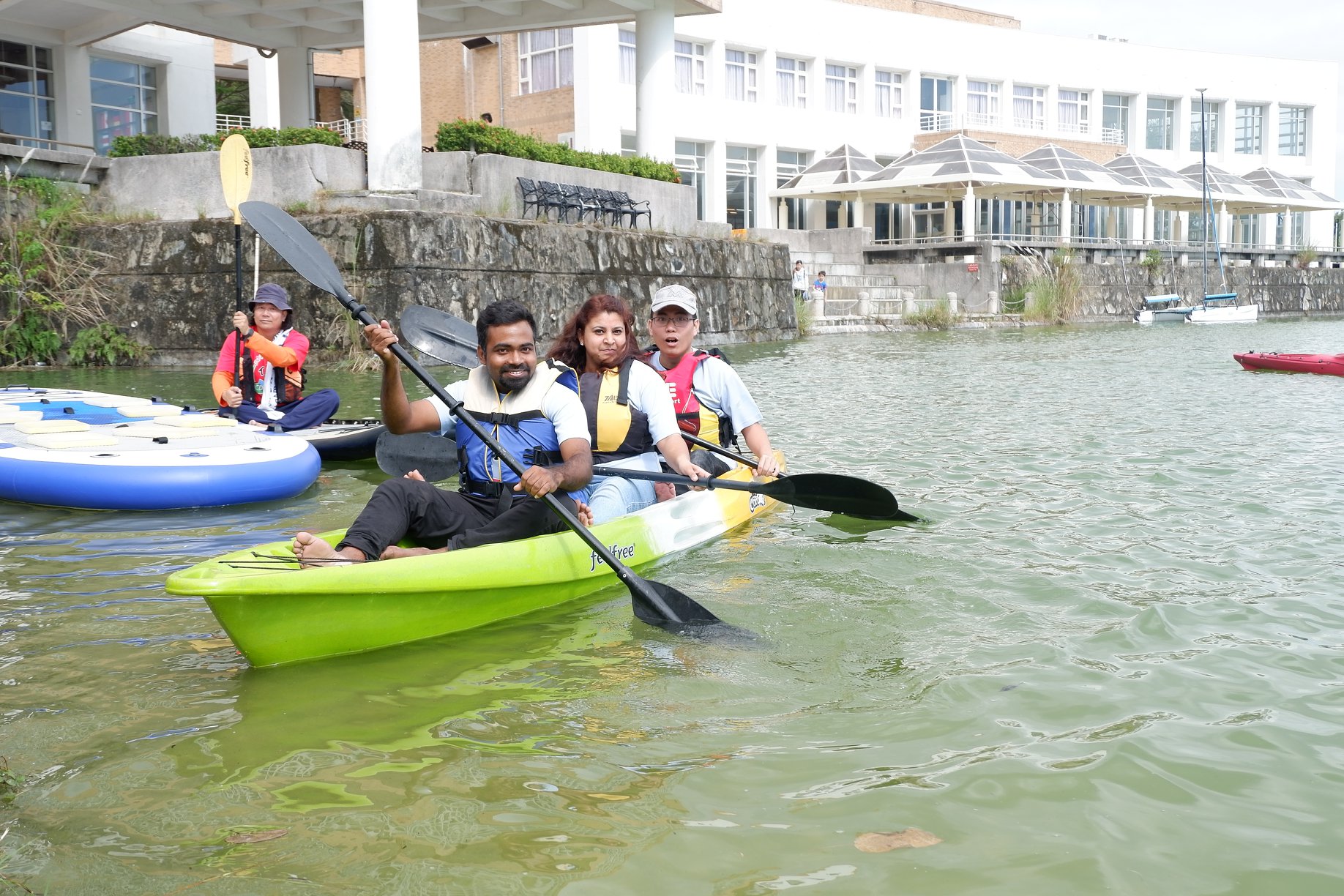 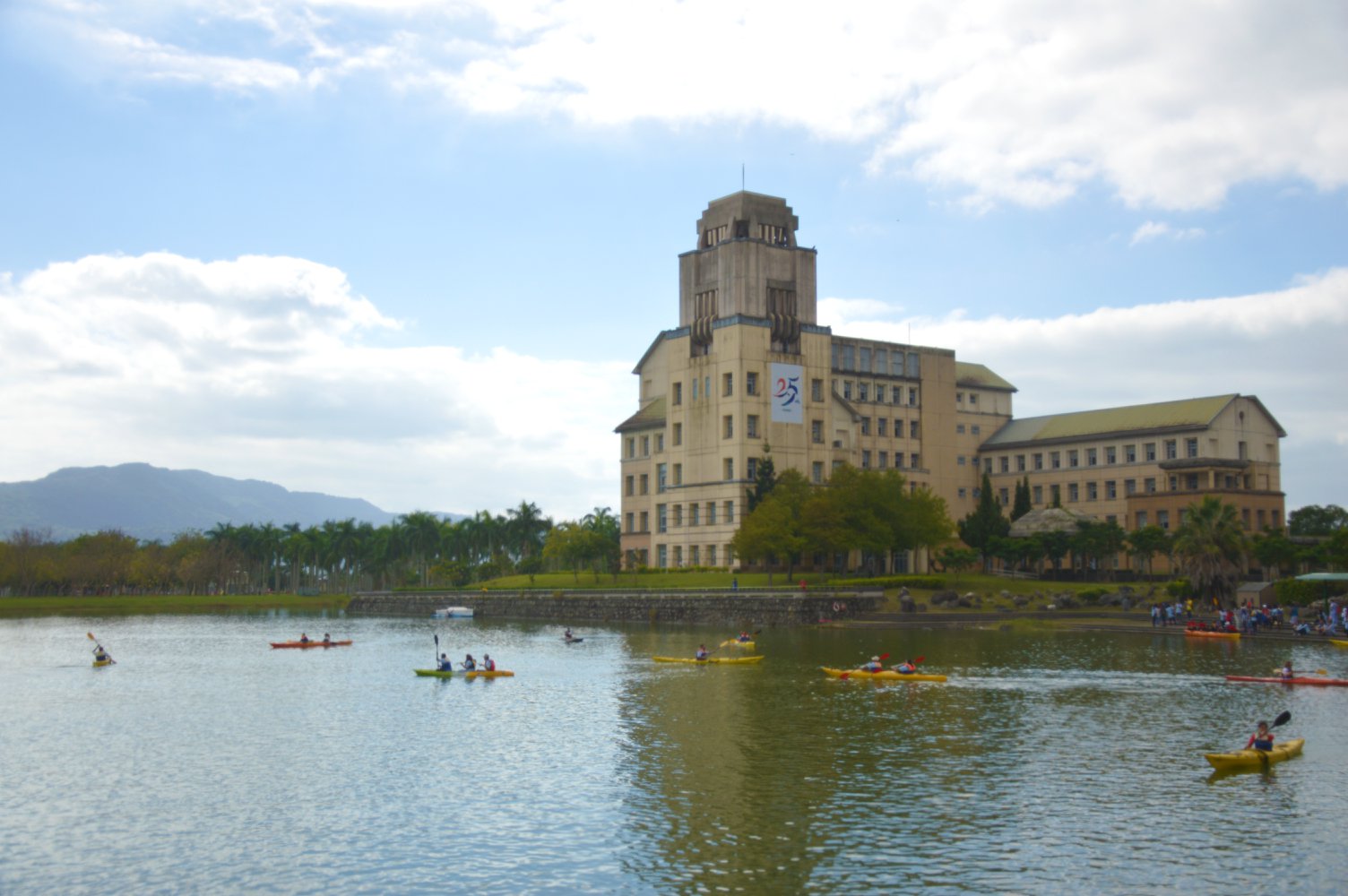 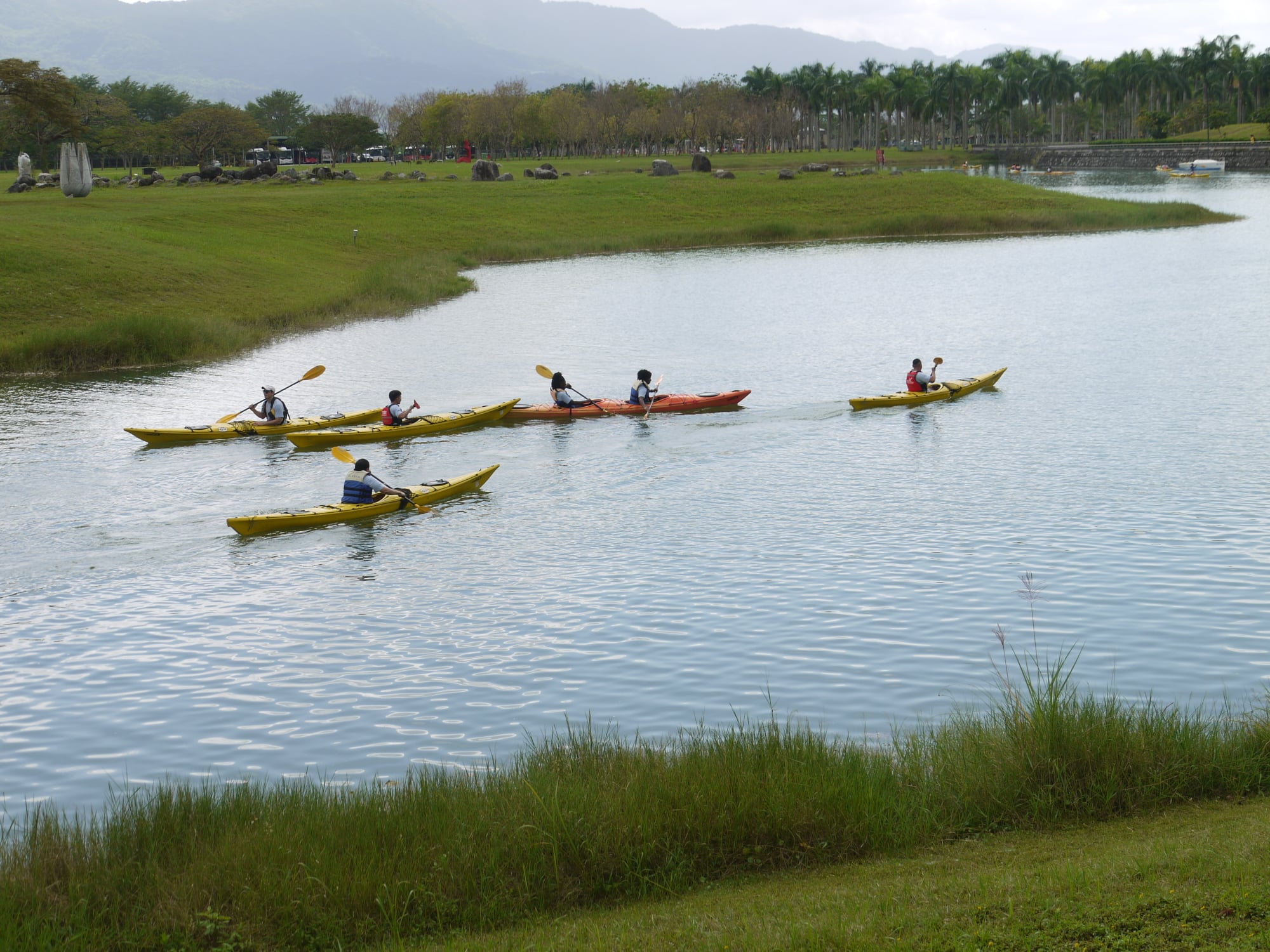 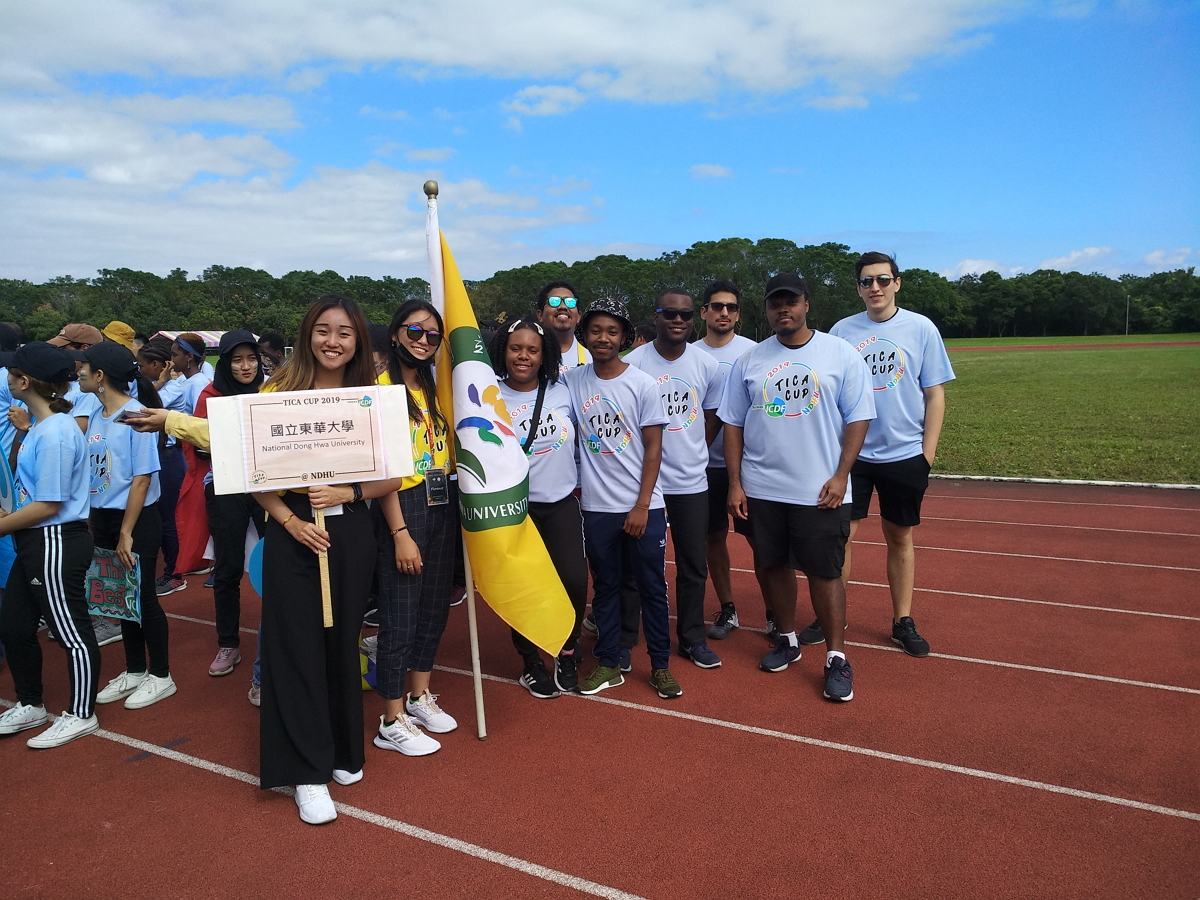 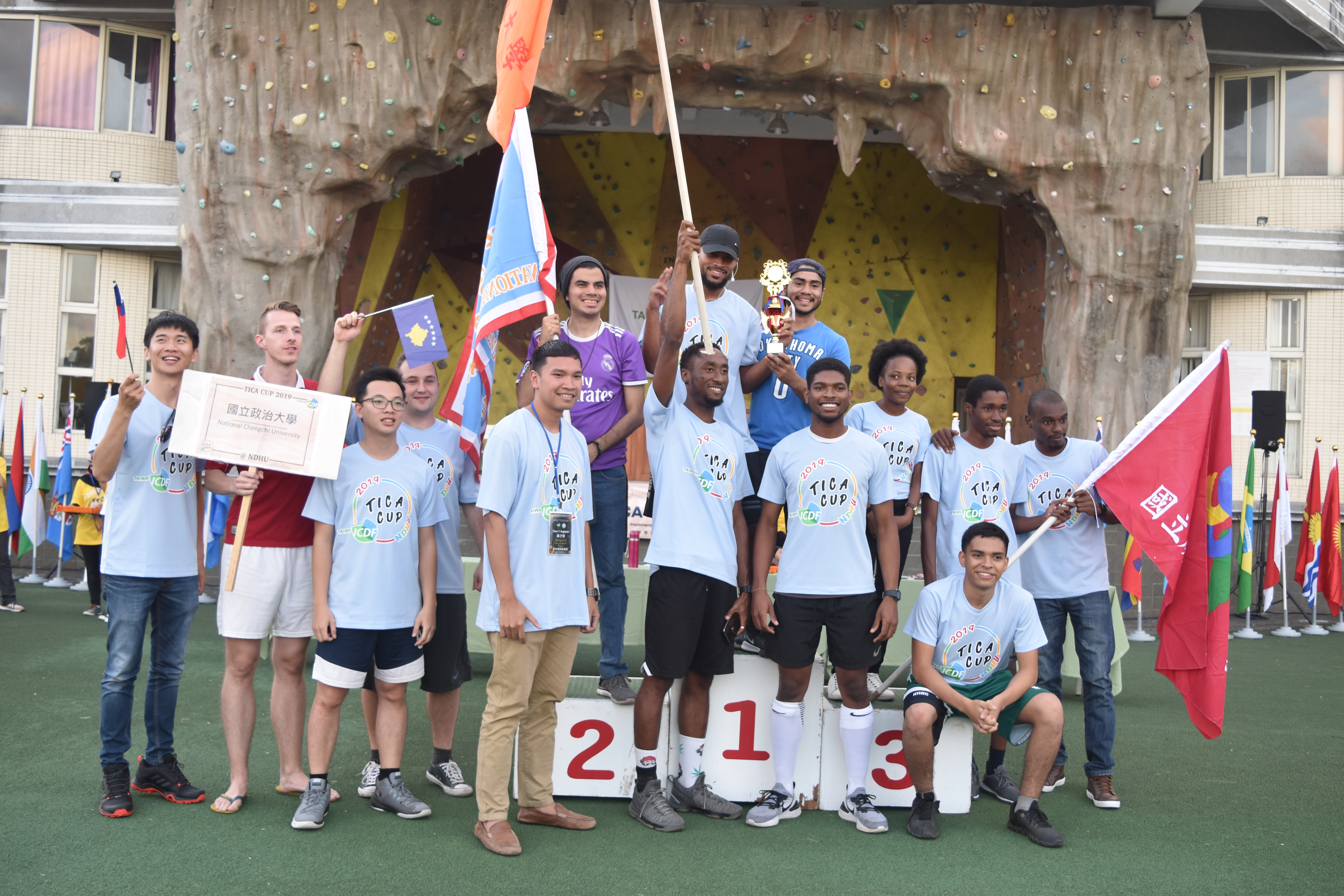 Basketball Winning Awards given by Mr. Chaz T. Sugiyam, Embassy Deputy Director of the Republic of Palau (Fifth from left) 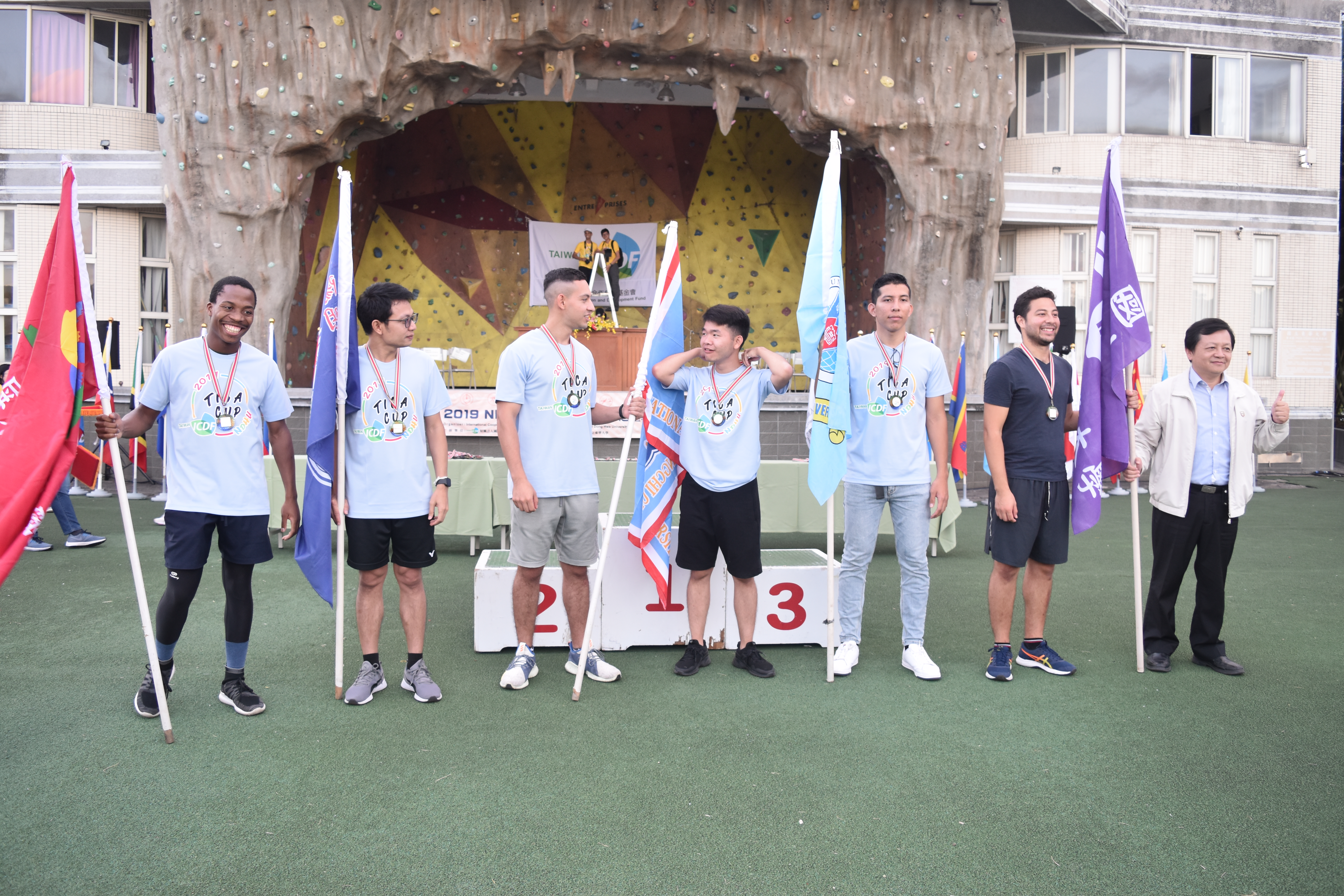 Orienteering Awards for the top six male contestants were given by Dr. Shin-Feng Lin, Vice-president of NDHU (first on right). 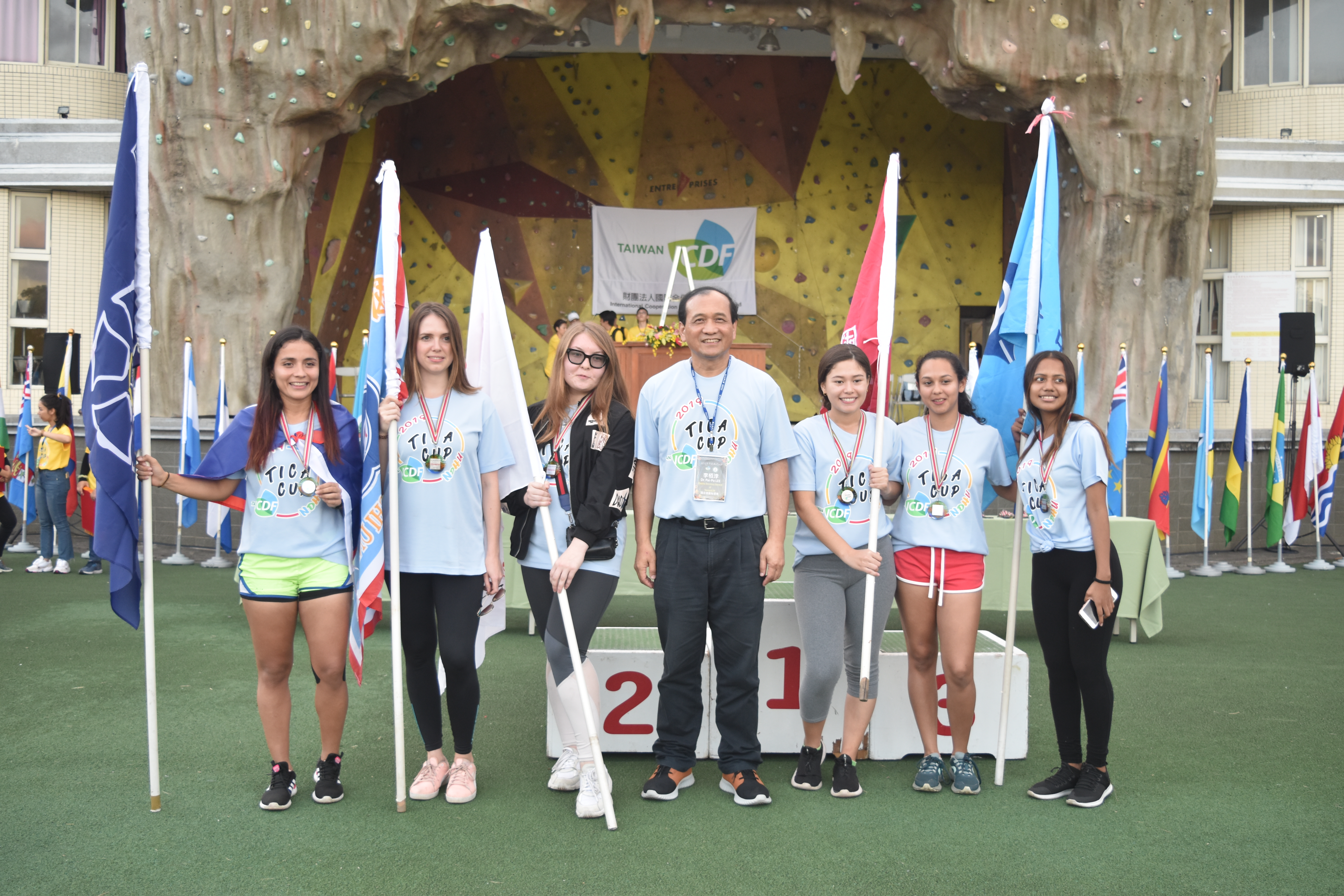 Orienteering Awards for the top six female contestants were given by Dr. Pai-Po Lee, Deputy Secretary General of the TaiwanICDF (middle). 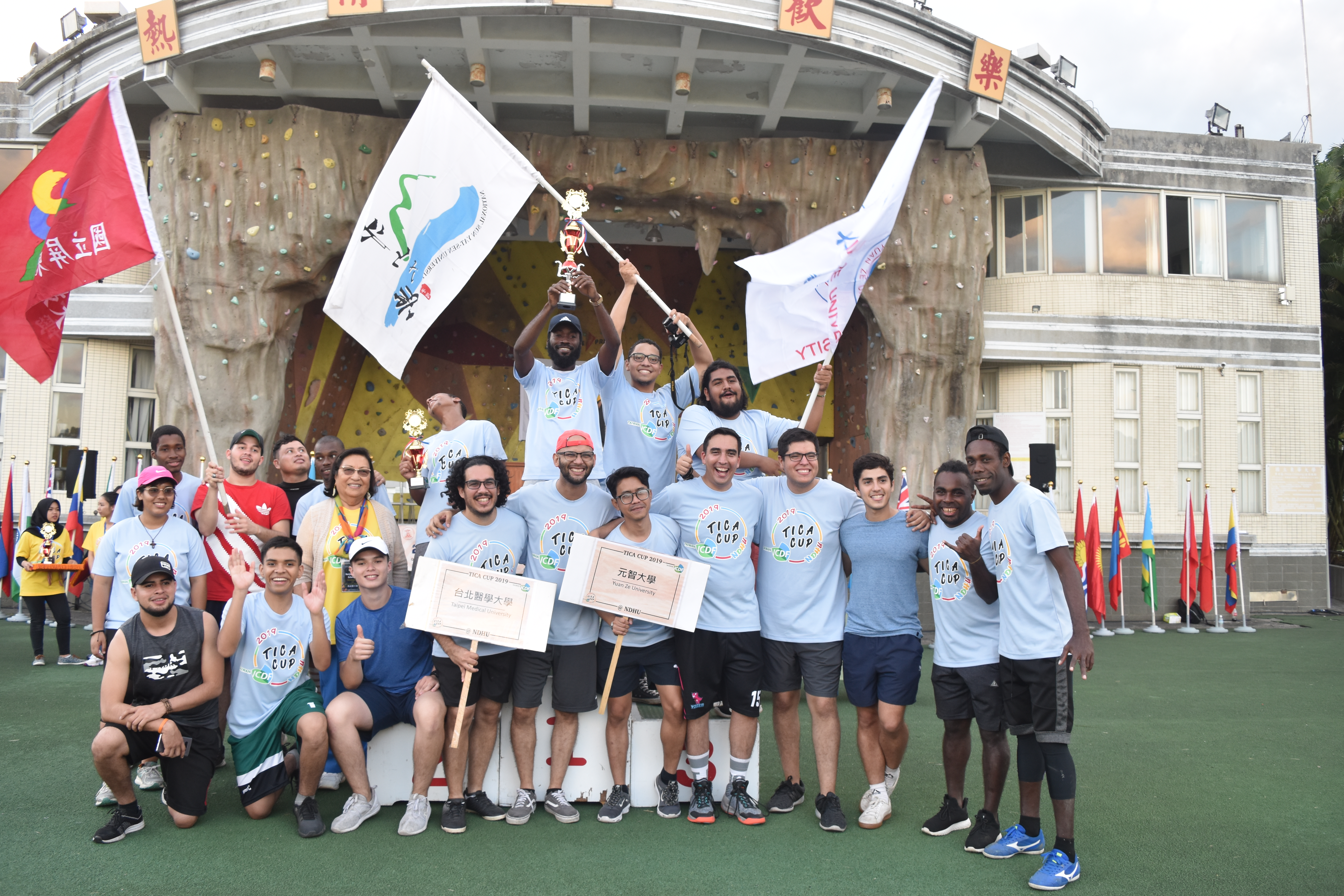 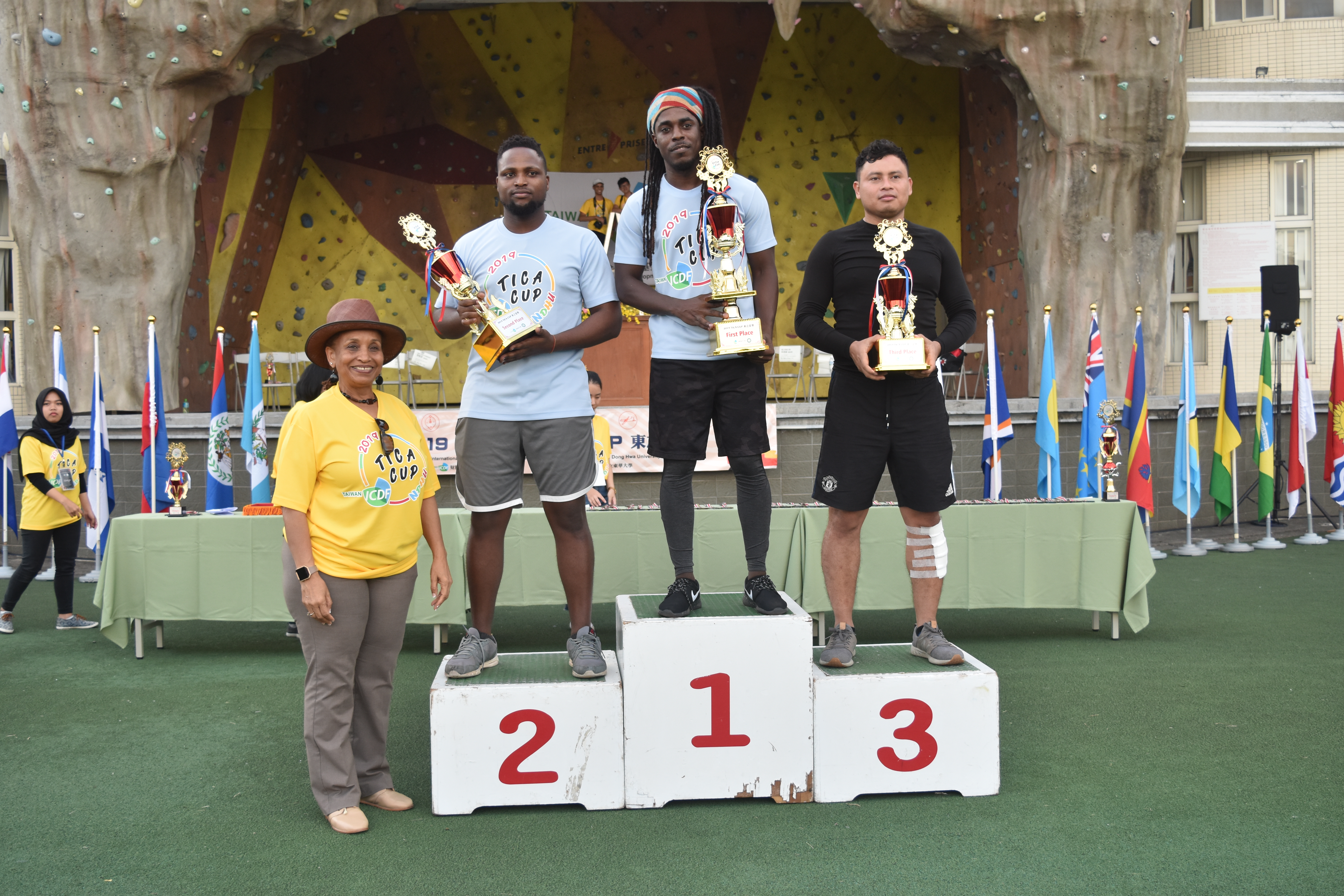 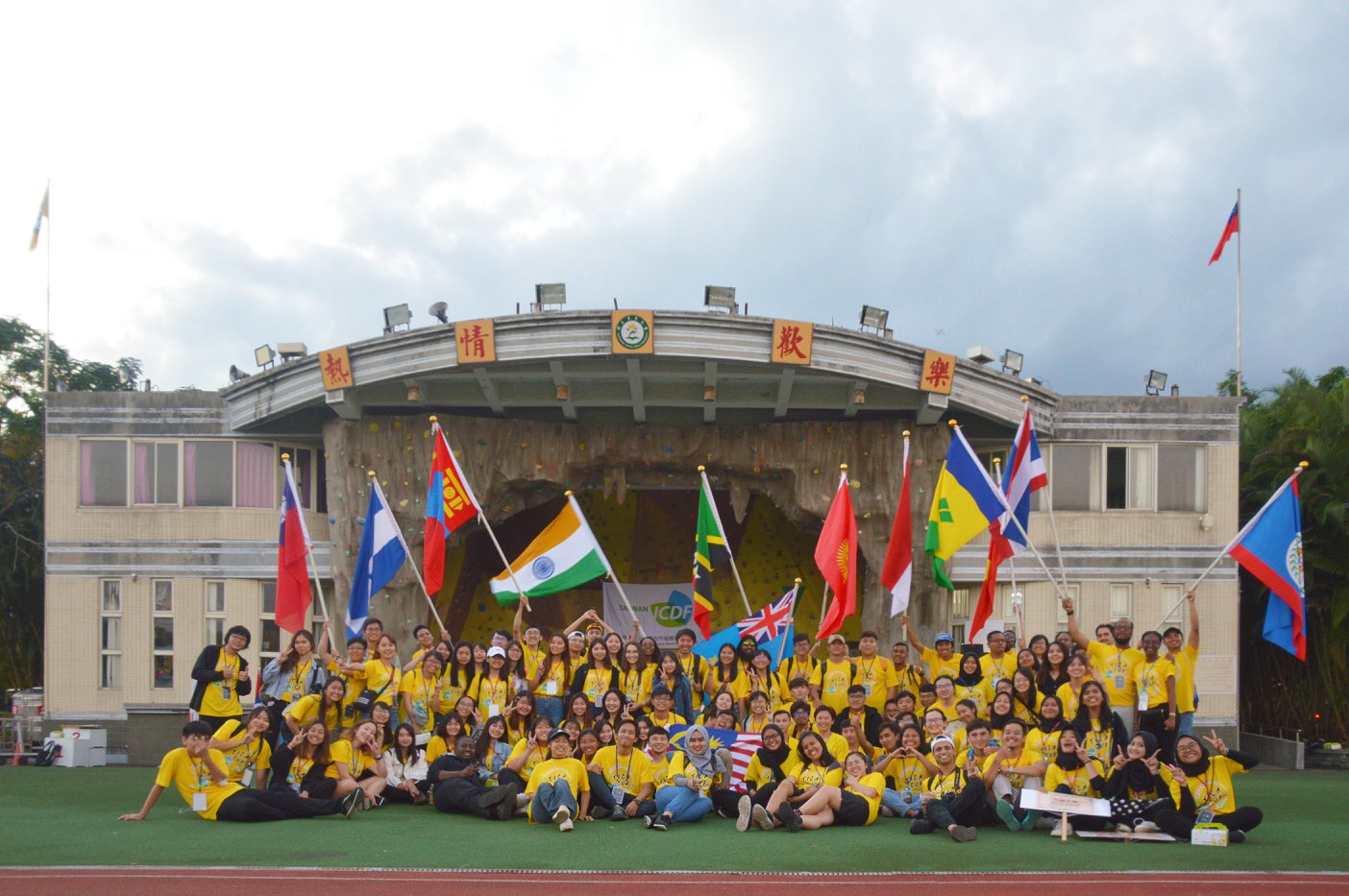 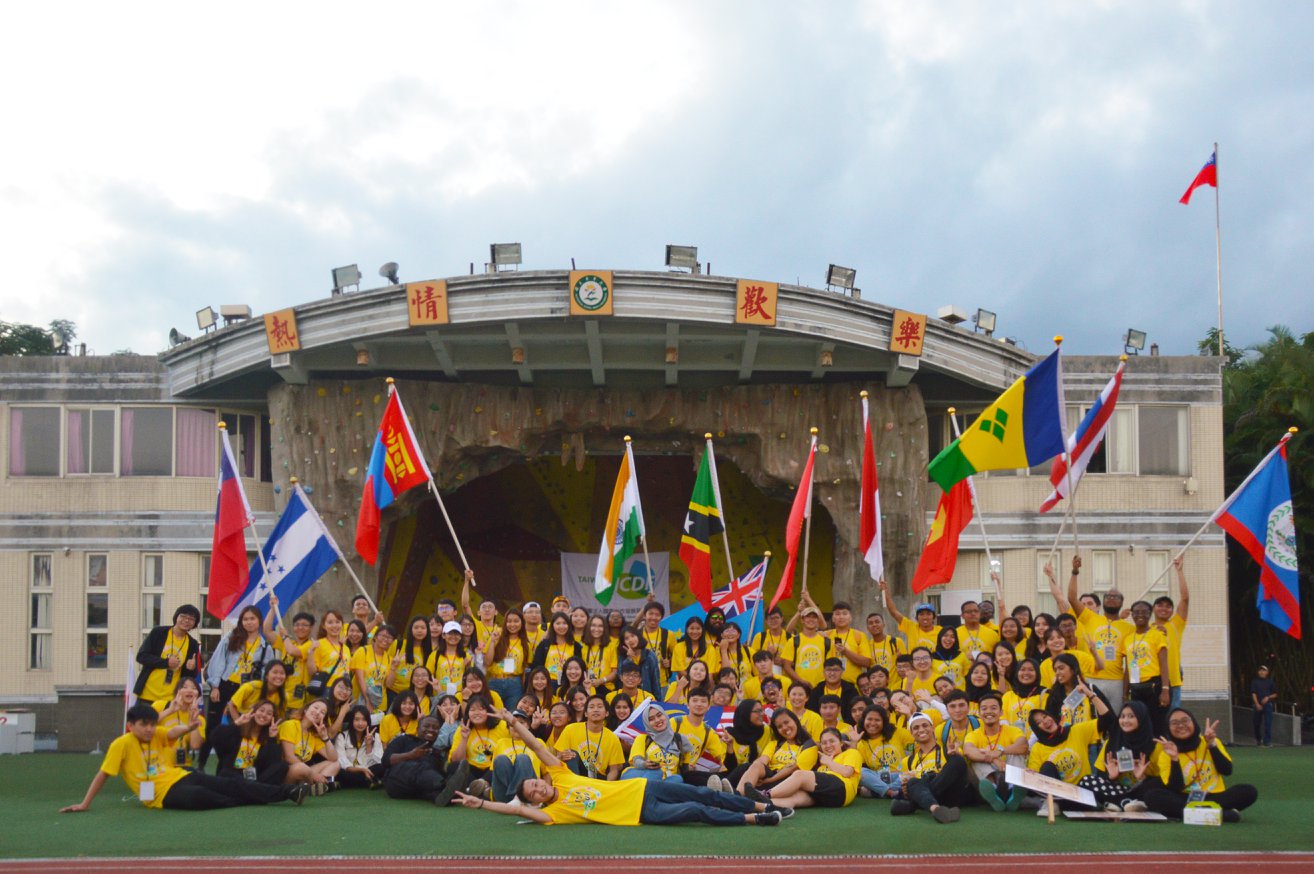